The Family of Man

The Family of Man
UNESCO Memory of the World

The Family of Man at Clervaux Castle

The Family of Man comprises 503 photographs by 273 artists from 68 countries and was created by Edward Steichen for the New York Museum of Modern Art (MoMA).

Presented for the first time in 1955, the exhibition was conceived as a manifesto for peace and the fundamental equality of mankind, expressed through the humanist photography of the post-war years. Images by artists such as Robert Capa, Henri Cartier-Bresson, Dorothea Lange, Robert Doisneau, August Sander and Ansel Adams were staged in a modernist and spectacular manner.

Having toured the globe and been displayed in over 150 museums worldwide, the final, complete version of the exhibition was permanently installed in Clervaux Castle in 1994.

Since its creation, The Family of Man has attracted over 10 million visitors and entered the history of photography as a legendary exhibition. In 2003, the collection was listed on the UNESCO Memory of the World register.

Steichen and his team collect pictures for his monumental project by visiting photographers, via ads, going through the archives of Life Magazine and agencies like Magnum. First exhibition of "The Family of Man" at the Museum of Modern Art (MoMA), New York travelling exhibition, seen by 10 million people throughout the world

the US Government donates the last complete version of the travelling exhibition to Luxembourg. Edward Steichen visits his native country and expresses his wish for "The Family of Man" to be exhibited permanently at Clervaux Castle.

Partial exhibition of the photographs at Clervaux Castle Restoration of the historical photographs in collaboration with the Studio Berselli, Milan Establishment of the collection as a permanent exhibition at Clervaux Castle Inscription on the UNESCO Memory of the World register 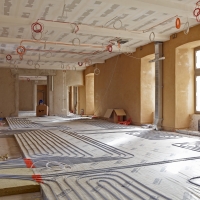 Closure of the exhibition for renovation purposes Reopening following renovation of exhibition rooms and restoration of photographs

The historical collection in a contemporary context

The collection The Family of Man has enjoyed an eventful history, drawing 10 million visitors and prompting enthusiastic and critical reactions alike.

It constitutes an exceptional legacy that never ceases to generate stories and research. The exhibition was created by Edward Steichen as a collection of snapshots and emotions that aimed to convey a message of peace in the midst of the Cold War. While the collection still bears the traces of its context of creation, visitor reactions continue to reflect the impact of these images, which remain relevant to this day. Some have even become icons in the history of photography.

According to Edward Steichen himself, The Family of Man was the most significant work of his career. In a manner that was both unusual and visionary at the time, the collection condensed his approach to photography as well as his understanding of settings: the photographs were chosen according to their capacity of communication, while the layout allowed visitors to immerse themselves in a photographic essay. The collection embodies an astonishing summary of Steichen’s career as an exhibition curator at MoMA.

To exhibit this heritage today calls for a deference to history and an almost archaeological approach: the course of the exhibition and the chronology of the images have been respected and follow the layout of the original exhibition at MoMA in order to recreate the visitor experience and the effect the images has on them. This approach nevertheless demanded a shift away from history, resulting in the exhibition rooms featuring a very sober architecture conceived by designer Nathalie Jacoby (NJOY). Also a new mediation approach to the exhibition is part of the new concept and comprises e.g. a new museum library and multimedia guide on iPad mini. It accompanies visitors on their tour, giving them access to documents on the history of the original exhibition and its layout, as well as on the photographers themselves and Edward Steichen.

The collection The Family of Man is composed of original prints dating from 1955, all in black and white and glued onto wood frames. The formats vary, ranging from 24 x 36 cm to 300 x 400 cm. These photographs have endured a long and turbulent history: from being exhibited throughout the world to being transported without packaging, handled by humans… This kind of history left its marks, which could be treated in a first large-scale restoration campaign within the 1990ies.

A second restoration period followed the closure of the museum in the years 2010-2013. Recent developments in the science and tools used in photography restoration enabled a state-of-the-art analysis and treatment of the photographs to be carried out. A lot of the damage noted was able to be dealt with thanks to restoration treatments such as cleaning, consolidation and retouching.

The restoration campaign has been led in collaboration with the Studio Berselli from Milan, Italy (Silvia Berselli, Roberta Piantavigna, Francesca Vantellini, Isabel Dimas). 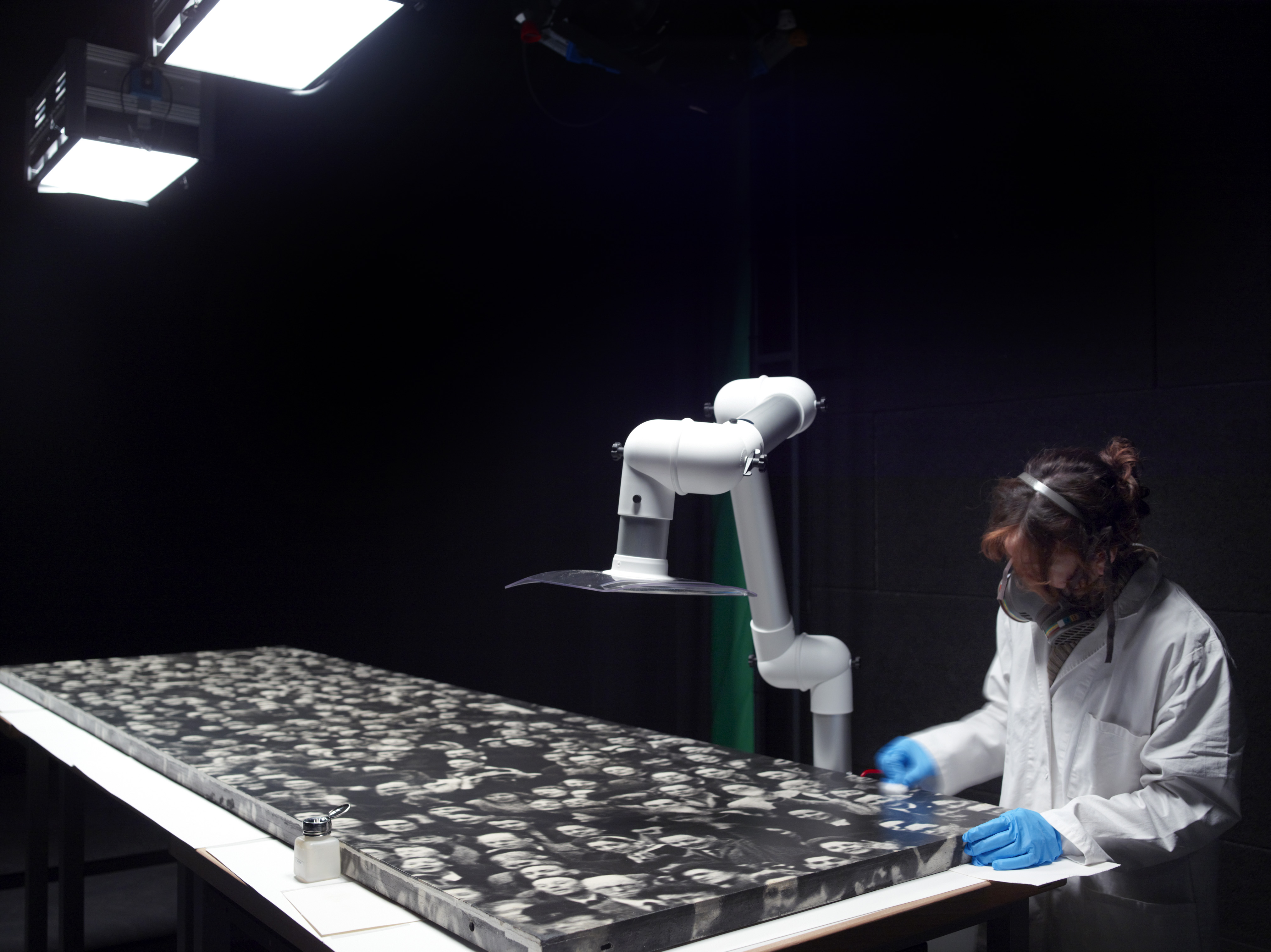